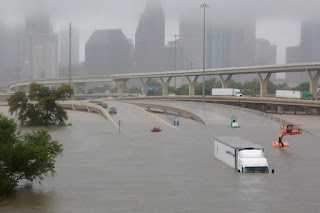 Under these circumstances, Tesla updated its “remote” software so that its owners could move away from the affected area as much as possible.


Tesla Motors has launched a program to update its S-X electric cars for free to owners who are located in the hurricane-hit area. The new program allowed the car to be extended to 63 kilometers without charging its battery, meaning that it provided an additional 15 kW of power, allowing the owners of the two models to leave the threatened areas and reach safe locations. $ Onwards.

Representatives of Tesla took the decision to send the update after the owner of the S model car contacted the company and said that the capacity of his car battery was insufficient to secure his arrival in a safe place.

Tesla has temporarily launched its campaign, which will remain in effect until Sept. 16. The company will withdraw the updated program from its customers after that, knowing that the remaining time is sufficient to leave the affected area.

Hurricane Erma hit the shores of Florida on September 10, causing widespread destruction, with more than 3 million people being cut off from power, while more than 100,000 people moved into temporary housing.