Coal may be black in color but it light’s up about 60% of our country. Coal has been a reliable source of energy  from years. About 72% of the total coal extracted, goes into generating electricity in coal power plant and it is available in abundance at different locations . It is the most cost efficient source of producing power among all the fossil fuels. So knowing our dependence on coal, let’s just figure out what it takes to extract power from it?

For an instance it may look simple as burn coal, generate steam and run turbine, and there we go we get electricity. But it’s not that easy, the smoke coming out of the coal power plant can cause acid rain if we let it go untreated. Let’s figure it out in detail.

Main Components
The main components of a coal power Plant are: 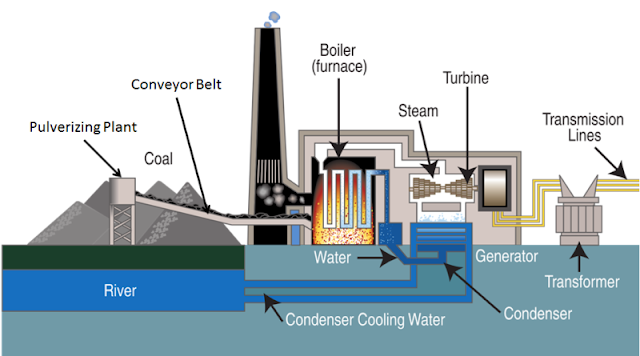 1. Conveyor Belt
The coal from the coal storage area is transported to the plant though a large conveyer belt. The load carrying capacity of this belt is very high as a very large amount of coal is required every day.

2. Pulverizing Plant
The coal so arrived by the conveyor cannot be used the way it is, it is first converted into powder form also known as pulverized coal. It is made to rotate in a cylindrical tank at high speed with lots of spherical steel balls and thus converted into powder. Pulverizing plant also has the storage for un-pulverized coal and can store upto 30 hours of coal feed.

3. Boiler
The pulverized coal is feed into the boiler through big fans blowing hot air. Boiler has many tubes filled with water, in these tubes water boils upto 1000 degree Fahrenheit and flames goes as high as 50 meters in the boiler

4. Turbine
High pressure steam from boiler at one thousand degree Fahrenheit and 3500 pounds per square inch of pressure is then feed to the steam turbine which converts its pressure energy into mechanical energy.

5. Generator
Generator uses the mechanical energy so generated by the turbines to generate electricity at considerably high voltage.

6. Condenser
Steam leaving the turbines is condensed in a condenser, to be pumped back to the boiler. Cold water from a water source (river) or expansion process is used to cool down the steam into water. 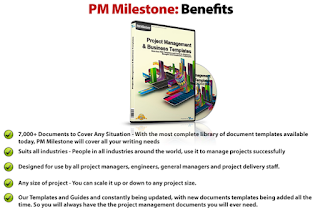