The Gateshead Thousand years Bridge is a passerby and cyclist bridge spreading over Waterway Tyne in Britain between Gateshead’s Quays expressions quarter on the south bank, and the Quayside of Newcastle on the north bank. The bridge is basically two elegant bends, one framing the deck and the other supporting it, traversing between the two islands running parallel to the quaysides. To enable boats to go underneath, this entire get together turns as a solitary, unbending structure. As the curve tilts lower, the pathway rises, each counterbalancing the other, and a pathway over the waterway is shaped. The illustrative bends of the deck stretch out the 105m intersection separation to around 120m, sufficiently giving additional length to give the required freedom over the water. The presence of the bridge when in movement prompts it some of the time being known as the ‘Flickering Eye Bridge’ or the ‘Winking Eye Bridge’ since its shape is much the same as the squinting of an eye if seen from along the waterway. Outwardly exquisite when static and in movement, the bridge offers an extraordinary display amid its operation. 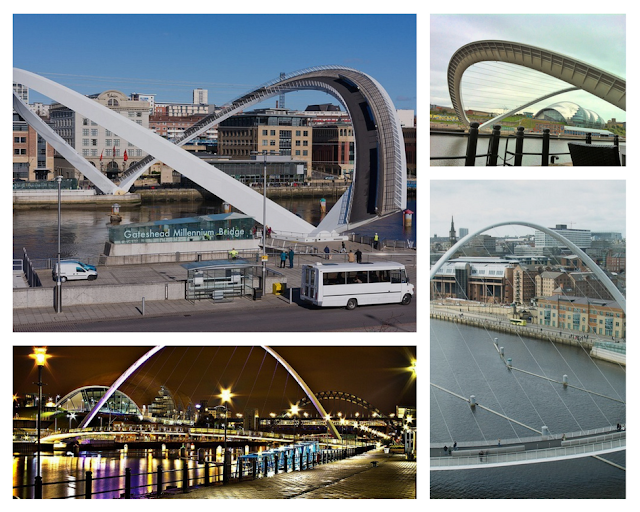