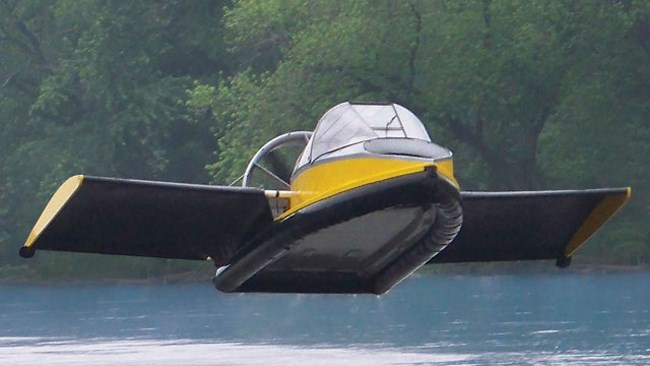 If you don’t want one of these flying hovercrafts then there’s no other way to say this: you are lying.

Retail store Hammacher Schlemmer — which caters to all the needs of the wealthy gent — has begun selling The Flying Hovercraft. And as far as we can tell, this is the coolest vehicle money can buy.

The Flying Hovercraft not only glides over land and water, but it can also launch 6m into the air and travel short distances at speeds of up to 110km/h with the assistance of a pair of integrated wings.

The hovercraft’s thrust is provided by a turbocharged 96kW two-cylinder petrol engine which drives a 152cm wood/carbon propeller for sea travel. For land and air commuting, the engine diverts its power to an 86cm lift fan. Two 40-litre petrol tanks give the craft a maximum range of 260km. 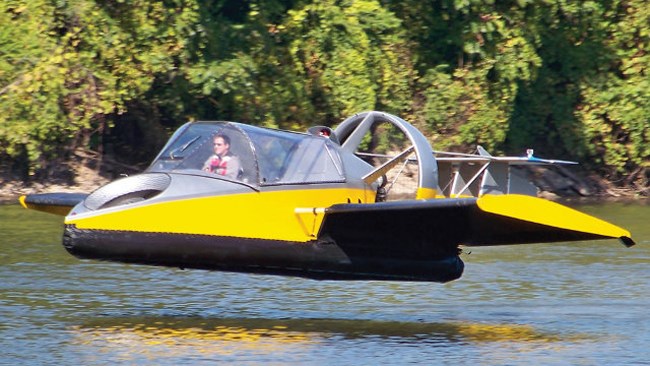 Contestants from the Biggest Loser need not apply though. The hovercraft’s passenger payload for flying is only 270kg.

The hovercraft is safe to operate in both fresh and saltwater and is also capable of traveling on sand, mud, grass, swamp, ice, and snow terrains with inclines of up to 30 percent.

The hovercraft’s pilot steers the vehicle via a joystick and uses a motorbike-style twist throttle for forwarding speed. A variable drive system allows the lift fan to enable hovering.

The craft does need to be registered as a boat, meaning you’ll also require a boat license to operate one. There’s no mention of a pilot’s license being needed though. 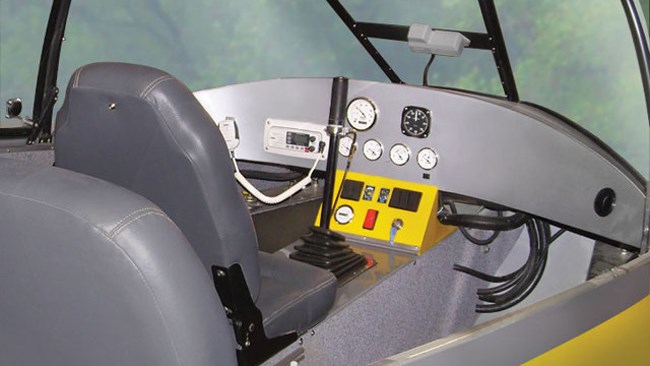 The Flying Hovercraft is available now from Hammacher Schlemmer’s online store for $190,000.