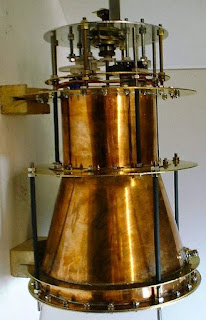 “Daily Mail” featured a video with no technical details about how the engine worked, making users call it just a propaganda video.

Last December, Chinese scientists announced that another model before EmDrive was tested on the Chinese Tiangong-2 spacecraft. No details of the experience were given at the time.

“EmDrive” is a motor that produces energy without the need for fuel, but instead, the microwave waves of solar energy oscillate in a closed container, Chinese scientists said.

Because there is no fuel burning, the EmDrive, which can convert radiation into momentum, breaks down Newton’s third law: “Every action has an equal reaction in volume and in the opposite direction.”


The Chinese said the engine would allow the solar system to reach within a few months, not decades.

A team of NASA scientists published an article on the design of the EmDrive engine and the principle of its work in an official scientific journal. The EmDrive engine produced a momentum equivalent to 1.2 milliNt. Observers could not find errors in the pilot model design.